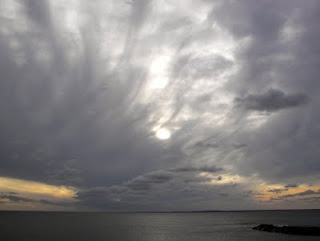 No comments:
Email ThisBlogThis!Share to TwitterShare to FacebookShare to Pinterest

a bridge in Vermont

Here and Now today had a story on the economic impact of the closure of the Champlain Bridge between Vermont and New York so I thought I'd post a picture of the bridge. I took this in October of 2006 when we went to Addison to see the snow geese. 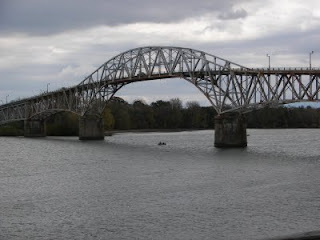 If you haven't made the Addison snow geese pilgrimage, you're really missing something. Thousands of snow geese congregate in a field in Addison that acts as a staging area for the migration. When they rise up to move to another area you get the feeling you are just totally in among them.

Also, the Addison fire department puts on the best pancake breakfast ever. You have not had blueberry pancakes if you haven't had them on a cold Vermont morning served to you by firemen.

Across the bridge in New York we visited several apple orchards and found the best jam ever.

Other pictures from the trip are here.

I hope the bridge gets repaired and reopens soon.
No comments:
Email ThisBlogThis!Share to TwitterShare to FacebookShare to Pinterest
Newer Posts Older Posts Home
Subscribe to: Posts (Atom)