fungi of the lot 5 boardwalk

I went to the overlook at Lot 5 in search of seabirds, of which I saw plenty of the usual suspects plus one Sooty Shearwater. There were a lot of Wilson's Storm-Petrels but no Leach's. I saw a Peregrine Falcon take out a Semipalmated Sandpiper -- kind of gruesome. Unfortunately, I did not get any photos of these things. Fortunately, I found lots of interesting-looking mushrooms to photograph.
That one on the left almost looks like wings.
Some of the shapes are sort of suggestive.
One looked like Pac Man emerging from the pine needles to chase some ghosts.
There were tons more fungi to photograph, but the mosquitoes were starting to come chomp on me.

I saw lots of least sandpipers at Nelson Island before the storm. They were very friendly in terms of posing for pictures. 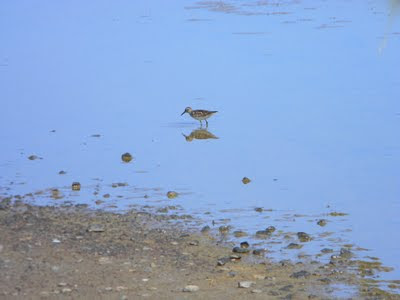 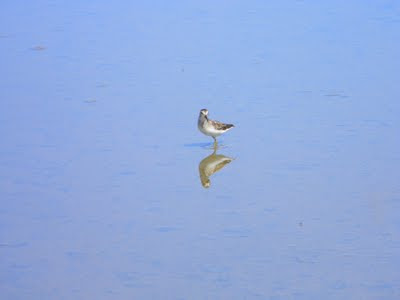 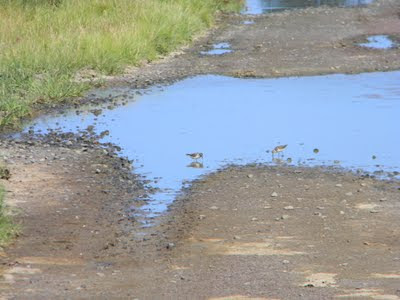 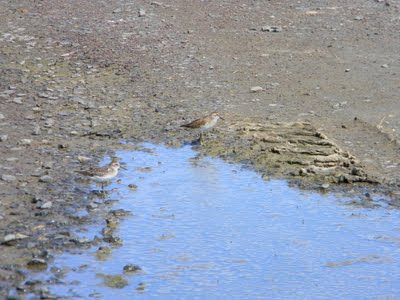 Moon snail shells are all over the beach. So are the sand collars the females build to house the eggs.  They're among the coolest gastropods (yeah, they eat with their foot) on the beach. They're fearsome predators of other mollusks. They can move around under the sand to stalk clams in their burrows.

I've never seen one with the foot extended. In fact, I mostly find empty shells or sometimes just the operculum  washed up in the wrack. The empty shells are popular with hermit crabs.


I did find one last week that was in its shell with the operculum tightly closed.

This is the time of year when I find lots of the sand collars, especially on certain areas of the beach near Emerson Rocks or near Sandy Point.

The sand collars are made up of the snail eggs sandwiched between layers of mucus coated with sand . They look fairly solid, almost like rubber gaskets sometimes, but there's more to them than is immediately visible.

The sand collar forms around the female's foot so it takes on the shape of that particular snail's foot. It's not a complete circle because the female has to leave herself an escape route. Basically she starts laying eggs and the sand sticks to the mucus. The collar keeps forming until she stops laying.﻿﻿
The eggs pass through some larval stages while still attached to the sand collar. I'm assuming that what I saw and photographed yesterday (above) were eggs, but I'm not familiar with all the larval stages they go through. There were a ton of collars with eggs showing -- I don't know if gulls (of which there were hundreds) interrupted the egg-laying process or some other factor made the eggs visible.

The other extremely interesting thing about moon snails is that they are a top predator. They eat clams -- even big ones -- by drilling a hole in the shell. They have drill appendage called a radula that they use to make the hole. They also secrete some kind of acid to help soften the shell for drilling. Once they've drilled the hole, they squirt digestive juices into the clam and suck out the meat.

Yes, I had to look up the past tense of countersink.

Oh, and the main predators of moon snails are gulls. 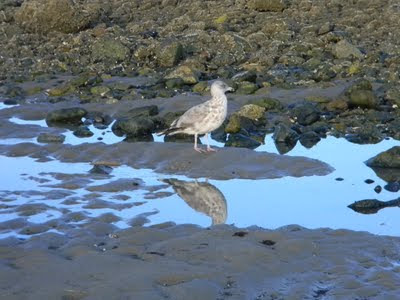 plants of the wrack line

Another benefit of the beach closure is that some of the beach-growing plants get a chance to take hold, which helps build dunes. I found a lot of plants growing in the wrack. I think I'm losing my plant identification skills though.  I thought this was salicornia until I took a closer look and noticed that the leaves are not segmented. 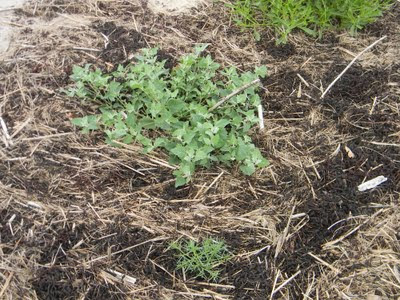 I know I should know what this one is, but I can't match it to any of the photos in my field guide. 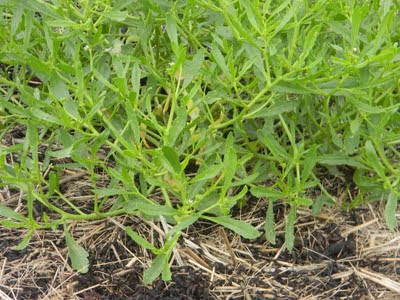 OK, this is squash. Weird that it's growing on the beach, but definitely squash. It was fully open when I walked by it early in the morning but when I came back and the rain had started, the blossoms were all either closed or half-closed.
My guess on this one is celandine, an introduced species. The leaves don't all look lobed though. 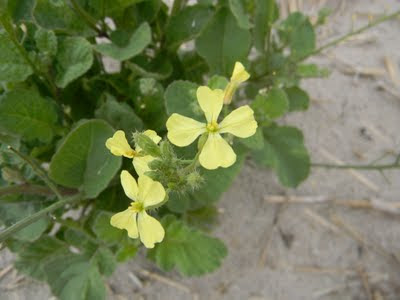 Now that the chicks have fledged, here's a quick summary of the numbers:

I wish more of the press reporting on the piping plover would use the number of chicks per pair as the measure of success rather than just the number of nesting pairs. The fledge rate is a much better basis of comparison for the various protection strategies.

That said, 1.79 is good and I am thrilled. It's clear to me that keeping the beach closed until the chicks fledge is effective.
No comments: Links to this post
Email ThisBlogThis!Share to TwitterShare to FacebookShare to Pinterest

Coffee of the Day: Panama
Bird of the Day: piping plover
Invisi-Bird Status: As of 8/1/11: Refuge beach: 4 chicks, 30 fledged. Sandy Point: 10 fledged. Town beach: 1 fledged. Number actually seen by me on Friday: 3 adults.
Weird Wrack Item of the Week: a "missing" sunbather (see below)  technically not a wrack item, but very weird
So as of Friday morning, they were still working on the boardwalk repairs at Lot 6. It's always going to be ready "tomorrow".  Actually, since I'm not getting around to writing this until Tuesday (hey, Lowell Folk Festival and semi-annual trip to Mass Eye and Ear take precedence over blogging) the boardwalk work is probably really finished.

Rain was predicted so the beach wasn't really busy and the walk from Lot 7 to Lot 6 gave me plenty of weird and wonderful wrack items. Also several species of peeps hiding out in the wrack -- yes, the shorebird migration is in full swing with dunlins, semipalmated sandpipers, semipalmated plovers, and all manner of small brown shorebirds lurked among the bladder wrack, kelp, Irish moss, beach grass, driftwood and other normal wrack components. Someday I've really gotta do an entry about the wrack line.

The sign says "Attention - Nude sunbathing at Sandy Point".  I had a good laugh picturing the sunbather being eaten down to skeleton by greenheads on the way to Sandy Point.  There was more amazing junk all over the place: plastic toys, one of those huge blue barrels that I saw in the river several weeks ago, tons of Hooksett discs, long pieces of  unidentified yellow plastic, a bowling pin...

Gee, I got so carried away with all the strange wrack items, there's no room left for the cool natural things I found.  Definite fodder for another entry soon.﻿﻿﻿
1 comment: Links to this post
Email ThisBlogThis!Share to TwitterShare to FacebookShare to Pinterest
Newer Posts Older Posts Home
Subscribe to: Posts (Atom)