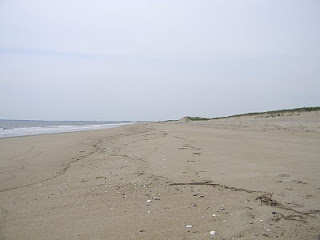 Tweet on my way home sums up the action: "Cold on the beach. Did not see any piping plovers. Saw a guy catch a teeny striper and a teeny flounder. Over and out."

To Providence. Performance by Grupo Folklorico Nove Ilhas and concert by the Holy Rosary Band Society. 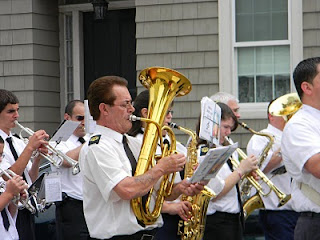 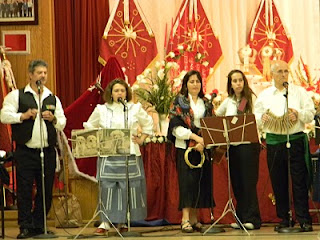 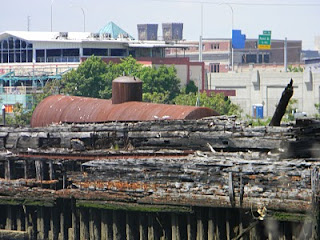 Visit to the common tern colony at Bold Point, the colony formerly known as the Providence barge colony. Saw at least 9 individuals, possibly more as it's hard to pick them out when they're hunkered down on the rotting wood structure formerly known as the barge. Witnessed many terns feeding their mates small fish.

Have always wanted to write about this urban tern colony. Nature is not something far away in the wilderness, it's right here under our noses. Someday I will write a series of essays on that topic, but don't hold your breath. 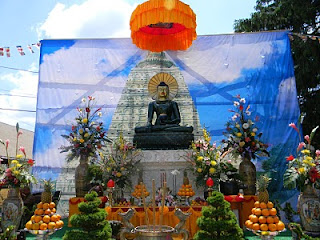 Pilgrimage to Worcester to see the Jade Buddha for Universal Peace. It's in a tiny parking lot next to a tiny Vietnamese temple across the street from Honey Dew Donuts and a car dealer. Yet all that urban bustle drops away the instant you see this magnificent statue. Big crowds, including a school group.

My car got parked in so instead of meeting the Hermit Potter at his studio, I called him to pick me up. We tried a new (to us anyway) coffee shop, Acoustic Java, near the Clark campus. Good cappuccino. Good conversation. Moment of anxiety when his power steering quit in the midst of a u-turn, but we survived.

Visited the Hermit Potter's studio and observed works in progress.

Decided the only possible cuisine choice of the day was Vietnamese. Enjoyed noodles with vegetables and tofu and a jackfruit shake. 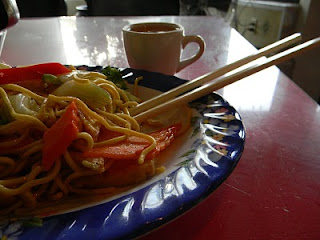 Wednesday
Too tired to do anything. Read lots and lots about insect migration.

Back door lock jammed. Entered through rarely used front door. Removed lock from back door. Drove to Ace HW, bought new lock, installed same. All in less than 15 minutes. Now for a relaxing afternoon break. Clearly I have much better lock chops than the vegans at Life Alive (those who saw my series of tweets re Life Alive staff locking themselves out of the office will appreciate it.)